I highly recommend the debut novel by Olivia Wenzel.

“Something that goes hand in hand with a new, healthy fear in your life – a fear that is deep, warmer and more tearing than any fear of yourself, your life, your identity sensitivities could ever be: a fear bound to a love, as strong as anything you knew before, times 1000.”

1000 Serpentinen Angst is the great first novel by Olivia Wenzel. While browsing a bookshop recently, a friend recommended the book to me, especially referring to the book’s treatment of racism experiences of a Black person in Germany. And the novel is about that – in part. It’s also about (Black) life, (Black) joy, (Black) insecurities and (Black) fear in Germany. I was most impressed by the passages on the main character’s struggle with anxiety and the impact the disorder had on her normal life, her friendships and love. I recognized some of it, but the experience of being a Black queer woman in Germany adds extra layers of fear and complexity to the illness.

The story is told through constant dialogues between the main protagonist and a constantly shifting counterpart. The narrative form is fantastic, slightly experimental and really successful in transporting these complexities, more so than an omniscient narrator or inner monologues could. This narration of the protagonists life and her complex relationships, particularly to her loving yet racist grandmother and her ill and mostly absent mother, creates a tremendous pull. Fantastic. 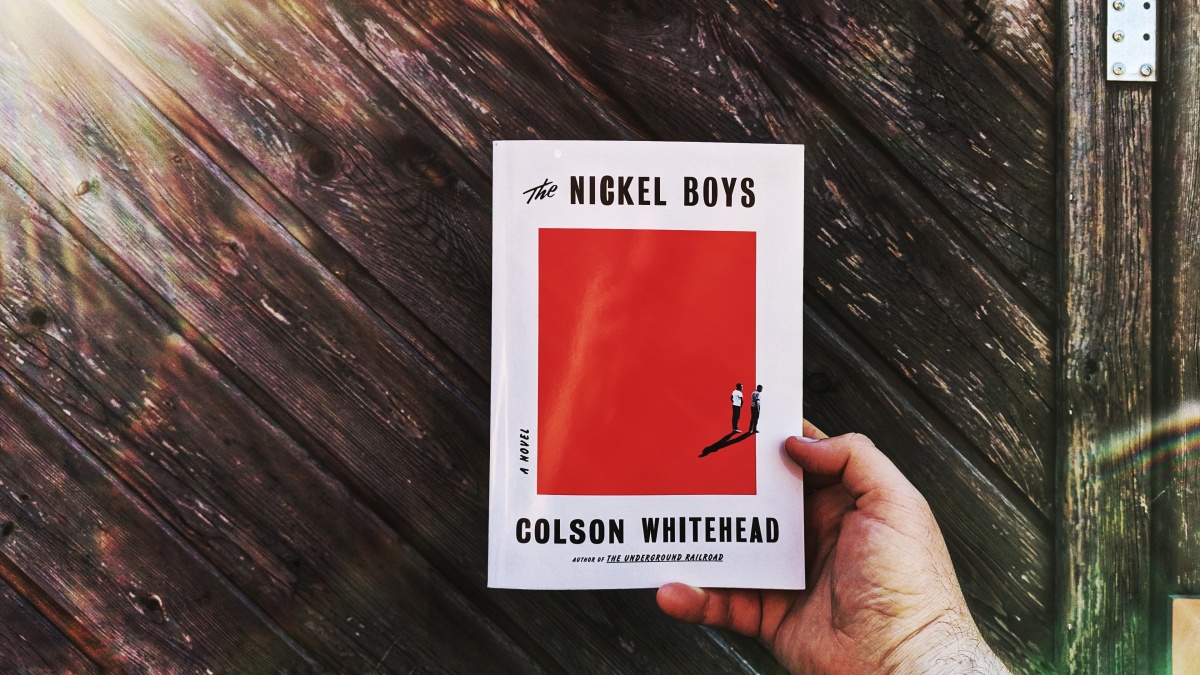 Colson Whitehead’s book after Underground Railroad tells the story of a reform school, the Black boys in the school, the devastating impact of the school and the system that enables it.

This novel has similar strengths (based on a true story, the concept, the research and historical truth behind the concept, the heft of the prose in the best parts) and weaknesses (underdeveloped secondary characters, the sometimes less inspired prose in transitional plot phases) as Underground Railroad. It’s still a great book that is important and deserving of its success and accolades.

But it also made me realize how the important, successful, critically acclaimed, powerful ™ books by and about Black people too often focus on (historical) hurt and pain. I could use some recommendations for important, successful, powerful ™ books about  Black joy. Not because books like Nickel Boys or Underground Railroad make white people like me uncomfortable – that’s the best part about Whitehead’s work – but because stories of joy and success need to be celebrated and supported, too. Especially in these times.

I liked, but did not love this book.

The book begins with failure. Or “my humiliation” as the narrator, a young woman, puts it. The young woman has been sent back to London by some unknown employer. She is hiding in considerable affluence and is tasked with avoiding the public, not to escalate a situation. From the beginning it is obvious that the narrating woman is familiar with London, affluence, the public, but not at home in these spaces. To distract herself from her predicament, she spontaneously attends an event at the Royal Festival Hall that includes a screening of the movie Swing Time, starring Fred Astaire. Watching her childhood favorite, she is transported back to a space she did feel at home in, and her love of dance. In this nostalgic moment she realizes that she has always defined herself through the “light of other people.” that her experience of herself is “a kind of shadow.” After the event, she returns to her doorman-secured-hideout and is joined by Lamin, a beautiful man from Senegal who is connected to the failure and someone for whom the narrator scandalously can’t have feelings. Still enthusiastic, she wants to share Swing Time with him. Lamin disapproves, for a reason our narrator only now realizes: Fred Astaire is dancing in black face. Her escapist space is based on a well-made minstrel show. This prologue ends with the narrator receiving an email from a childhood friend titled “WHORE.”.

The prologue is exemplary for the strengths and weaknesses of Swing Time, Zadie Smith’s 2016 novel about two biracial girls in North London. Beginning in their troubled childhood, both girls are in love with dance, and feel more at home in the studio than in the estates they grow up in. One of them has actual talent, and a dance mom; the other has more (non-financial) resources and becomes the longtime personal assistant of a Madonna-like pop superstar. The latter is our narrator, and the novel follows her to a village in a West African Nation where the superstar sets up a school for girls and influences the life in the village. The stories of the narrator’s job as a jet-setting gofer and her background in London are told in alternating chapters.

The strengths of Smith’s novel are obvious: Her prose is engulfing and almost flawless. The narrator’s observations, especially of the role of dance and body performativity in a girl’s coming-of-age process,  are insightful and absorbing. Smith’s treatment of race, class, and gender is smart and unique.

Unfortunately for a book over 400 pages long, the plot development is Swing Time’s biggest weakness. I couldn’t truly connect with the characters, but character development was okay. In comparison to the aforementioned insights and flawless prose, however, the plot was rather unimaginative. The big ““humiliation” hinted at in the prologue and the commentary and insights create high expectation in the first two thirds of the book, and the actual reveal in the end is then oddly banal. As a collection of observations and commentary I really enjoyed Zadie Smith’s book, but as a novel I was a bit disappointed.

Started reading Octavia E. Butler’s “Parabel of the Talents” on a whim today, and what can I say – it’s eerily scary.

Language is always in a process, a la the philosophy of Bergson, of motion and evolution. To write in English means to write in a language that expands. A language in perpetual bloom

Who Gets to Decide What Counts as “English”?  Gabrielle Bellot on Cheryl Lu-Lien Tan’s debut novel Sarong Party Girls, Englishes, and decolonizing literature.

I wanted the book to do what novels generally do: tell a story. Ophelia has one of the play’s most powerful lines: “Lord, we know what we are, but know not what we may be.” My attempt was to give her something of what she may be. Also, and again quite aside from the constraint, here was a character who invites questions, a character who has very little opportunity to speak for herself in the play, and may now do so.

Writing a Novel Limited to the 483 Words Spoken by Ophelia

Fascinating, long interview on lithub.com with Paul Griffiths, who wrote the 2008 novel let me tell you from Ophelia’s perspective using only the words Shakespeare has her speak in Hamlet.

Margaret Atwood sat down for a great interview with Literary Hub’s Grant Munroe. They talked about the Hulu series based on The Handmaid’s Tale, Donald Trump, Salem witch trials, paper books and vinyl coming back, birds and housecats, and her numerous projects, including an upcoming novel based on Shakespear’s The Tempest.

Here is just one of many great quotes from the conversation, commenting on Trump’s view of women and the direction of US society:

He’s all for a certain kind of women, but not women in general, I would say. But no, he’s not much of a puritan. Whereas Cruz certainly is. And Rubio is similar. The Tea Party is of that root from American society, which never really went away. It might have looked in the 17th century as if we were having a bad experience with Salem witches, and were quite embarrassed about it afterwards, but it’s never really left.

Interviewer: You once said that “those things about which we cannot theorize, we must narrate.”

Umberto Eco: It is a tongue-in-cheek allusion to a sentence by Wittgenstein. […] I simply believe that at the end of the day a story is always richer—it is an idea reshaped into an event, informed by a character, and sparked by crafted language. So naturally, when an idea is transformed into a living organism, it turns into something completely different and, likely, far more expressive.

Paris Review – The Art of Fiction No. 197, Umberto Eco

A great 2008 interview with Italian author, semiotician and intellectual Umberto Eco, who passed away today at the age of 84. 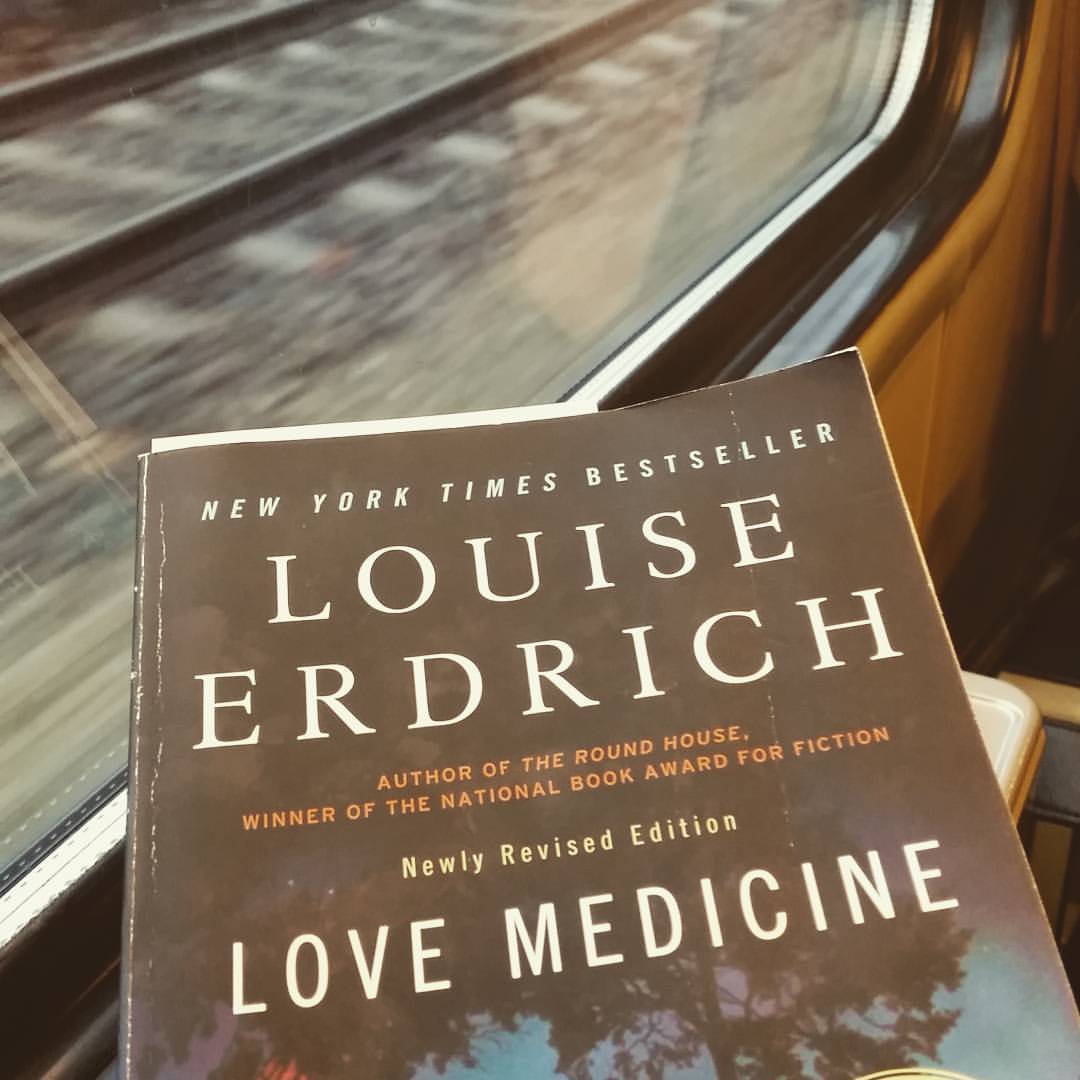 Done with my exam and degree o/ Let the reading for fun begin!