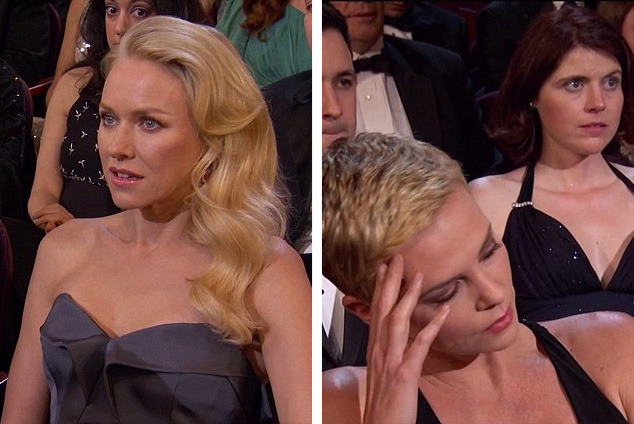 During his “We Saw Your Boobs” song Seth MacFarlane listed off women who’s breasts he’d seen in their movies. As if this isn’t grotesque enough four of the instances he listed were scenes of rape or the character was raped during the movie.