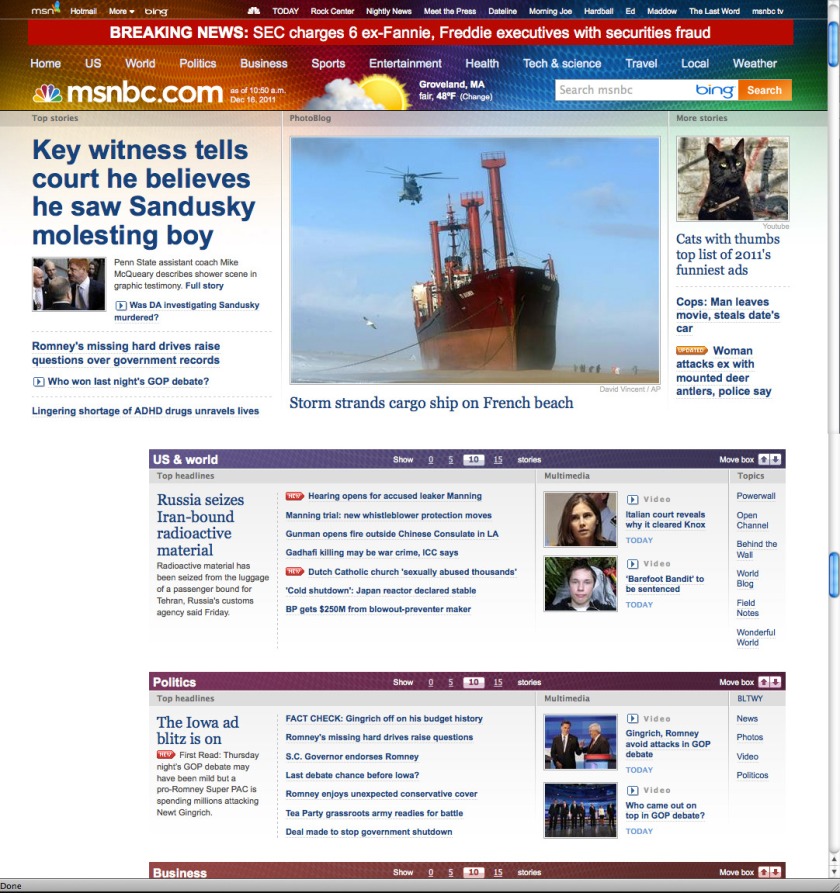 Thankfully the mainstream media has been giving thorough and thoughtful coverage to Obama’s failure to veto the NDAA and its indefinite military detention provisions. As you can see from today’s screenshot from the home page of MSNBC. /sarcasm

Not a single mention of it.

….because it’s obviously more important that a ship stranded in France than that Obama did not veto something unconstitutional that he also campaigned against.