So far the most surprising, beautiful sentence in Ta-Nehisi Coates’ We Were Eight Years in Power. It’s about his wife and part of one of the meta-essays that introduce his previously published essays in this collection. Some have aged better than others, but the meta-essays alone are worth the read alone. Man, that guy can write.

I really love you,
believe me. It is something I inherited
from my mother.

From Attila József’s “Attila József” which Edward Hirsch calls his “love poem to himself.” 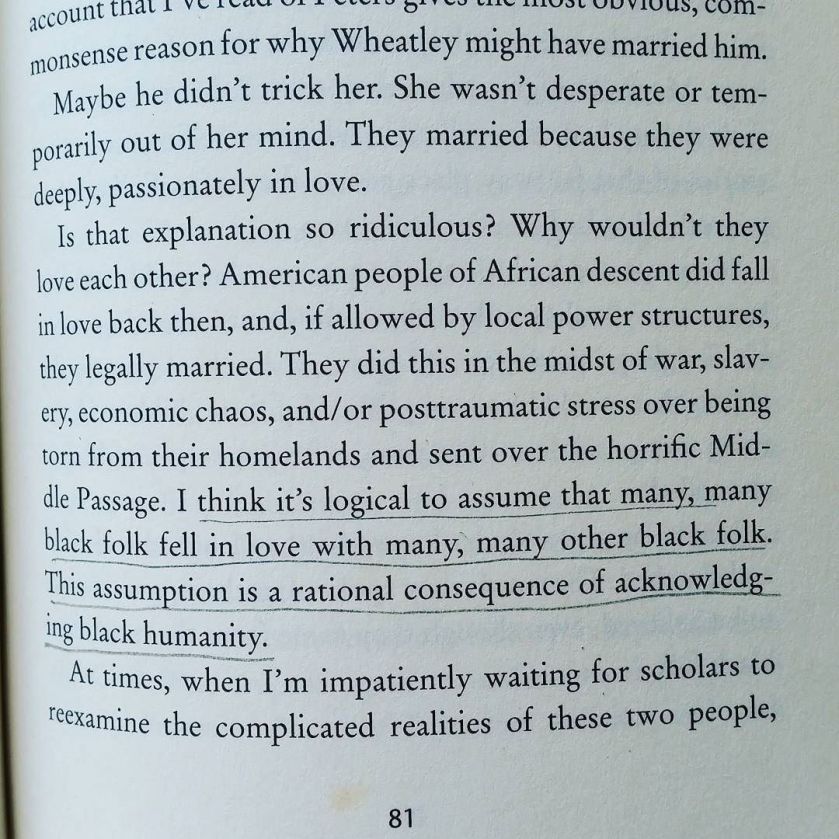 “I think it’s logical to assume that many, many black folk fell in love with many, many other black folk. This assumption is the rational consequence of acknowledging black humanity."

The quoted statement should be obvious, but for long stretches of history, it wasn’t. In “The Dear Pledges of Our Love,” an essay about Philis Wheatley and her husband, the free black man John Peters, Honorée Fanonne Jeffers argues that the negative portrait of Peters in the authoritative literary biography of Wheatley may be an expression of racial stereotypes against Black men. Stereotypes that still exist today.

In: The Fire This Time: A New Generation Speaks about Race Jesmyn Ward (ed.) Simon & Schuster (2016)

So happy to know that love is not reserved for the sun; that even rainbows are proof of God.

Because when something happens, she’s the person I want to tell. The most basic indicator of love.

David Levithan, Every Day (via quotethat)

Well, let it pass, he thought; April is over, April is over. There are all kinds of love in the world, but never the same love twice.

The fact that someone else loves you doesn’t rescue you from the project of loving yourself.